As ever, I allowed too much time for traffic, over-estimated the distance to Reading, and so got there really early. Fortunately, so did a couple of other guys who I met on the way in: Jonathan Hodgson was one of the speakers, and having introduced myself, he said that he thought he had heard of me. His presentation on refactoring was really good, and I was surprised to learn that it was his first one. Jonathan was with Simon, whose surname I didn't get, but he lives about half an hour from Crowborough. I'm due to organise another geek dinner in Crowborough, and they said they'd like to come along, which is fantastic.

[Note to self: organise a geek dinner in Crowborough] 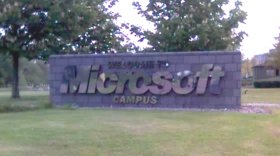 I met a guy called Chris from Liverpool, who writes software for the tourism industry. Interestingly, when tourism has a problem such as foot and mouth disease, the tourist boards spend more money at his company to increase tourism. When tourism is going well, as it is in Liverpool at the moment, the industry still spends lots of money, because it has lots of money. Sounds like a good business model to me.

I introduced myself to Benjamin Mitchell, who was one of the speaker's at the last MSDN day I went to. The photo on his site doesn't really show it, but in person he looks (to me) rather like Will Young. Either he doesn't, in which case I'm sorry, or he does, and is fed up of people mentioning it, in which case I'm also sorry.

While I'm on the subject, I thought Guy Smith-Ferrier (another speaker) looked like Kevin Spacey. Either he doesn't, in which case I'm sorry etc. I saw two of his sessions, the first on ClickOnce deployment (which comes with .NET 2.0) and the second on writing FxCop rules. These were both excellent.

I chatted briefly to Barry Dorrans, whom I met at a geek dinner earlier this year. I missed his website hacking presentation, as I particularly wanted to go to the one about custom attributes. On reflection (oh look - a .NET pun!), I should have gone to Barry's, particularly now I've looked at his slides. Sorry.

Alex Homer's presentation on the new features of ADO.NET in version 2.0 was really good. He showed how useful the new asynchronous database calls could be, even for a web page. Alex looks like my uncle, but I'm sure nobody has told him that before. Not sorry. 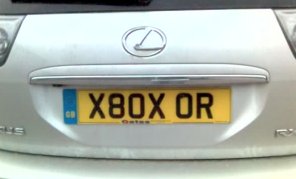 The last session I went to was way more basic than I was expecting. The title was "Selling yourself as a developer - Tips and Tricks for getting that role". It was presented by a recruitment agent (who was booed as soon as he admitted it). There were no surprises in the content: obvious things like reading the potential employer's website, driving to the offices a day or two before the interview. The big surprise was in the questions that were being asked. Someone asked if they really had to wear a suit for a developer position. Someone asked if CVs really had to be 3 pages or less, and how to fit their vast years of experience and skills in to such a meager space (I paraphrase). Several people joined in with "yeah, answer that one buster" type comments. I struggle to believe that a bunch of bright developers wouldn't have found this out right at the start of their careers, found out from a really quick scan of any job site, or worked out how they will be measured with something as important as finding a new job.

[Note to colleagues: please do not draw any conclusions from reading that I went to a seminar about how to get a job.]

What struck me during the day was how fortunate jammy I am to be working exclusively with .NET 2.0. For example, I was asked if I used NAnt for the build machine, to which I said no, MSBuild. "Oh yes, of course, you're using .NET 2.0". Some really good features are included in .NET 2.0 that I hadn't thought about until today. Another reason why I like my job.

Anyway, it was a great day, and it was useful being on a Saturday. Hopefully there'll be another one.

Moblogging isn't all that
Data down under